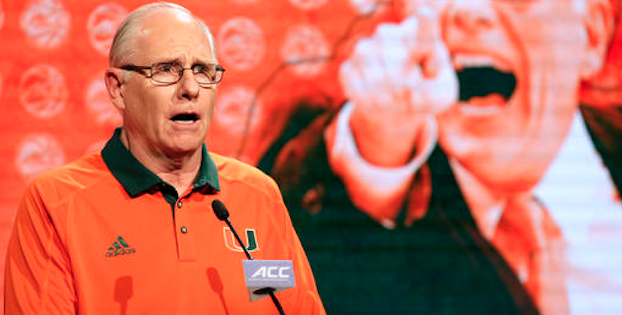 With Sheldon McClellan now in the NBA and Tonye Jekiri playing pro ball in Turkey, Miami has needed to capitalize in recruiting to restock on talent for the future.

Mission accomplished for Jim Larranaga and his staff.

Miami’s latest 2017 hoops pledge is Deng Gak, the No. 91 overall prospect in the Rivals.com rankings. Gak, who committed to Miami on Oct. 25, has attended Blair Academy in Blairstown, N.J., the last two years after coming to the United States from Australia.

A long, sleek 6-11 center who can get up and down the court, Gak is a big man who can hold his ground on both ends of the court. Internationally experienced after playing for Australia in the FIBA U-19 World Championships a year ago, Gak has room to develop physically but has the size and raw talent to be a solid player in the ACC.

Similar to Huell, a McDonald’s All-American, Gak was heavily recruited by some of the nation’s powerhouses, including Kansas and Florida. He took official visits to Lawrence and Gainesville in October after his visit to Coral Gables in late September but committed to the Canes just four days after his trip to Kansas.

With Gak on board, along with guard Chris Lykes and New Zealand power forward Sam Waardenburg, Miami has just one open scholarship remaining in the 2017 class.