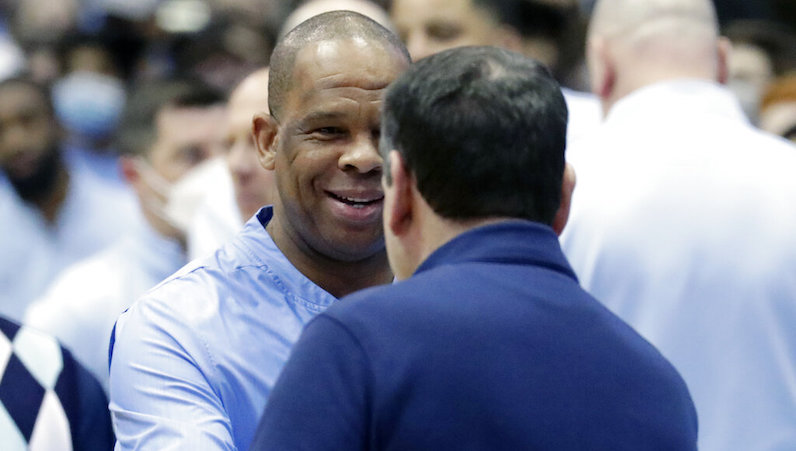 Folks, it’s happening: Duke vs. UNC in the Final Four.

These two programs have played against one another for decades — as one of the best rivalries in all of sports. Dean. Krzyzewski. Roy. Jordan. Laettner. Zion. Everyone knows the games: it’s basketball royalty.

However, these two storied programs will now meet in the NCAA Tournament for the first time ever, and it’s just so happens to be in the Final Four. Duke defeated Texas Tech in the Sweet 16, then glided by Arkansas in the Elite Eight on Saturday. Meanwhile, UNC took down grit-and-grind UCLA, then crushed postseason darling Saint Peter’s.

The two blue bloods split the regular season matchups. Back on Feb. 5, Duke won 87-67 in Chapel Hill. One month later, though, in Mike Krzyzewski’s final home game, UNC sliced Duke with a 94-81 victory.

The game, which took place March 5, served as a momentous occasion for North Carolina. Hubert Davis grabbed his first win as a head coach in the rivalry, while the Tar Heels closed added the final touch to their postseason resume.

Beyond that, the win served as the ideal coda vs. Coach K for UNC fans. Never again would they have to face their principal rival. It was done. Over. Seemingly.

Well, guess what: it’s not over yet.

Inside The Playbook: How the Blue Devils unlock Paolo Banchero, AJ Griffin