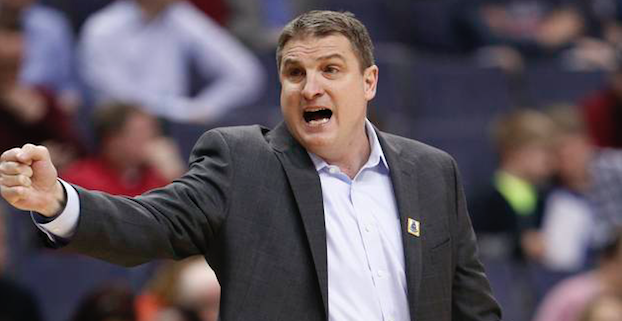 One year ago, Kyran Bowman was committed to play football at North Carolina. As he wraps up his senior year of high school, though, he’s preparing to play basketball at another ACC school.

The 2016 point guard committed to Boston College on Thursday. He made the announcement via social media:

Just want to announce that I have committed to Boston College 🏀🔥👑 pic.twitter.com/uGQXtWbXON

A 6-1, 169-pound standout from Havelock, North Carolina, Bowman was a heavily recruited wide receiver early in high school. He pledged to the Tar Heels as a wideout in March 2014 and remained committed for over a year before deciding to quit football and focus on basketball.

Bowman had a stellar season on the hardwood as a senior at Havelock High School and emerged as a target for California, Cincinnati, Memphis, Missouri and others. He is the fourth player to commit to the Eagles this recruiting cycle.