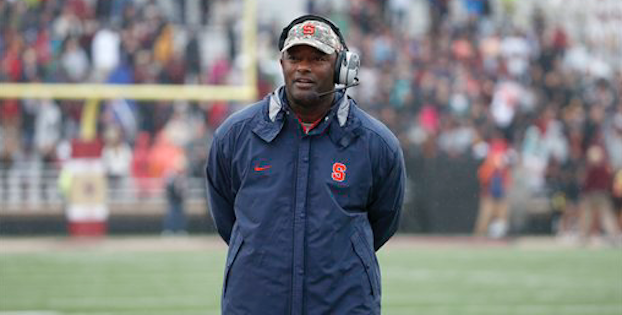 As Dino Babers and his are aiming to overhaul the Orange roster with speed and athleticism.

Part of that mission is making Florida the program’s top national recruiting territory.

Without a true base in New York that can be reliably depended on for a pipeline of winning talent, the state of Florida is a place for Syracuse to stake a claim. For prospects who wish to get the ball in a wide-open offense, Syracuse’s pitch has appeal.

The Orange celebrated two more pledges from the Sunshine State at the end of October as a pair of running backs — Markenzy Pierre of Kissimmee and B.J. Daniels of Melbourne — became the 19th and 20th members of Syracuse’s 2017 recruiting class.

The additions of Pierre and Daniels give the Orange six commitments from Florida this recruiting cycle — making up 30 percent of the class. Syracuse signed six Floridians in its 2016 recruiting class, including four who were brought aboard following Babers’ hire in early December last year.

According to CuseNation.com, approximately 40 uncommitted 2018 prospects from Florida already have scholarship offers from Syracuse — a strong indication that the Orange are hitching their wagon to the talent-rich state.

In an effort to play the numbers game and ensure it gets a piece of the pie, Syracuse has offered over a dozen wide receivers from Florida in the 2018 class. Syracuse has also extended scholarships to approximately a half-dozen 2018 defensive ends and cornerbacks from the Sunshine State, as well as a handful of multi-purpose athletes.

The Orange will land only a fraction of the targets they pursue in Florida, but even a small infusion of speed and talent from Florida could go a long way for Syracuse in the coming years.