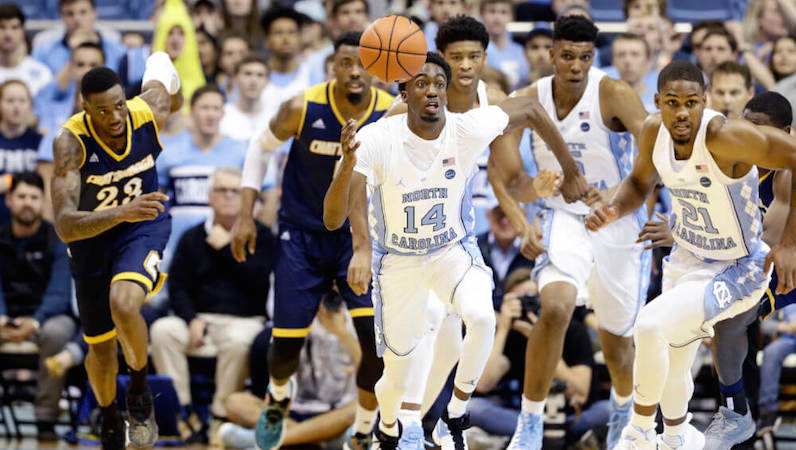 The ACC Network has announced an all-access series of that will provide an inside look into the 2019-20 season season for  Carolina Basketball. The series is set to debut in October. The ACC Network launches August 22nd and will air games, and have other shows and documentaries.

Duke Basketball offered 2020 5-star Small Forward Ziaire Williams. The 6-foot-7 Forward is the No. 7 overall player in the 2020 class and the No. 3 overall small forward, per 247Sports. Williams also has offers from Stanford, UNC, Oregon and many others.

Earlier this summer, Williams played a bench role for the Team USA squad that won gold at the FIBA U19 Men’s World Cup. Williams teamed up with Scottie Barnes, another 5-star Duke prospect.

North Carolina is one of the favorites to land Williams, too. The Tar Heels offered Williams a scholarship last December.

An important note, though: Williams plays his prep basketball for Sierra Canyon in California, which is the same school that former Duke star Marvin Bagley and current Duke wing Cassius Stanley attended.

Louisville freshman point guard David Johnson injured his shoulder during a Louisville workout and is expected to miss four-six months. Johnson, at 6-foot-5, was a 4-star recruit out of Louisville and during his senior season of high school ball averaged 16.1 points, 7.2 rebounds and four assists per game.

At this rate, he projects to miss the start of his freshman season.

Louisville freshman David Johnson suffered a shoulder injury earlier this week and will be sidelined for four to six months, per U of L.

Johnson is expected to play minutes this season at both guard positions and contend with transfer Lamarr Kimble for primary point guard duties.