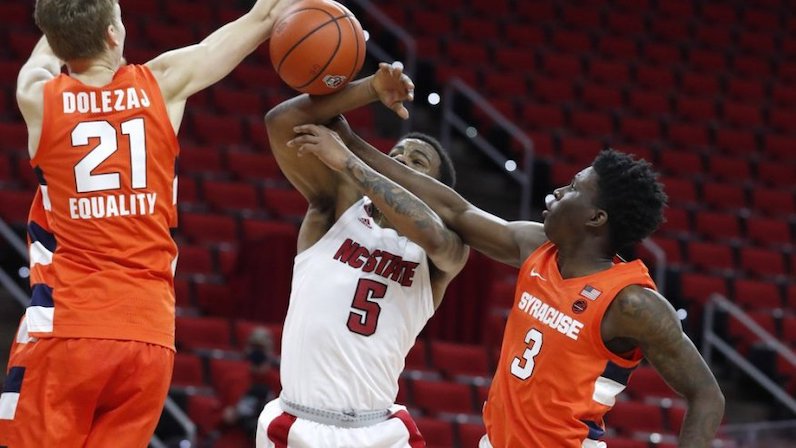 After Thomas Allen spent his first two seasons of college basketball at Nebraska (2017-19), the Raleigh native transferred back east to NC State. The 6-foot-1 shooting guard spent the last three years, including a redshirt season (2019-20), with the Wolfpack.

Now, Allen will leave the program via the transfer portal. This move isn’t unexpected; it won’t free up another scholarship for next season. NC State was prepared for Allen to leave.

During his two seasons with NC State, Allen appeared in 43 games (21 starts); he averaged 5.3 points and 1.3 assists per game. The 2020-21 season was cut short for Allen after he suffered an ankle injury.

Mostly a spot-up shooter, Allen shot 35.8 percent from beyond the arc in his two seasons with the Wolfpack. He’s made 97 3-pointers in his college career.

Early on in the 2021-22 season, it looked as though Allen was out of the rotation. However, injuries pushed Allen back into the mix.

Initially, Allen committed to play for NC State — back in the fall of 2016, when Mark Gottfried was still the program’s head coach. When Gottfried was fired, Allen asked for and was released from his LOI.

Eventually, though, Allen would return home and play for Kevin Keatts.

Beyond The Numbers: Why Dereon Seabron is the ACC’s Most Improved Player