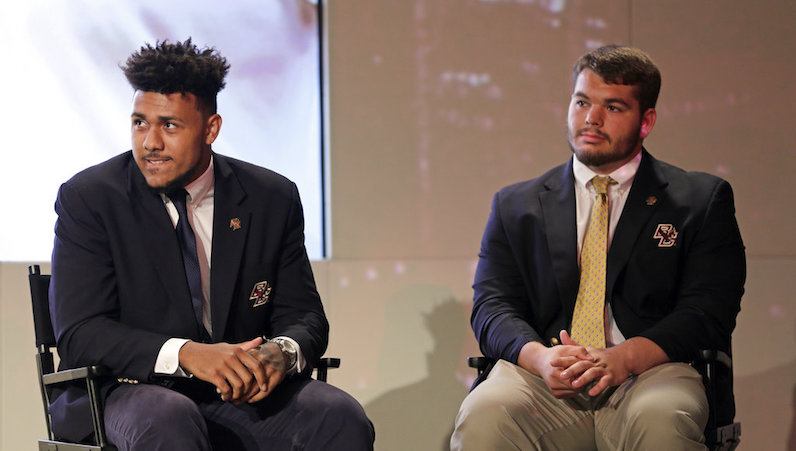 Harold Landry — the ACC’s sack king — decided to hold off on the NFL for one more year after his sensational junior season.

Landry returns to Chestnut Hill, where he will try to help Boston College football reach back-to-back bowl games for the second time since 2010.

At ACC media days, Landry joined The David Glenn Show to talk why he decided to return, becoming a father and the family environment that is Boston College football.

Ky Bowman looks to power BC out of the ACC cellar