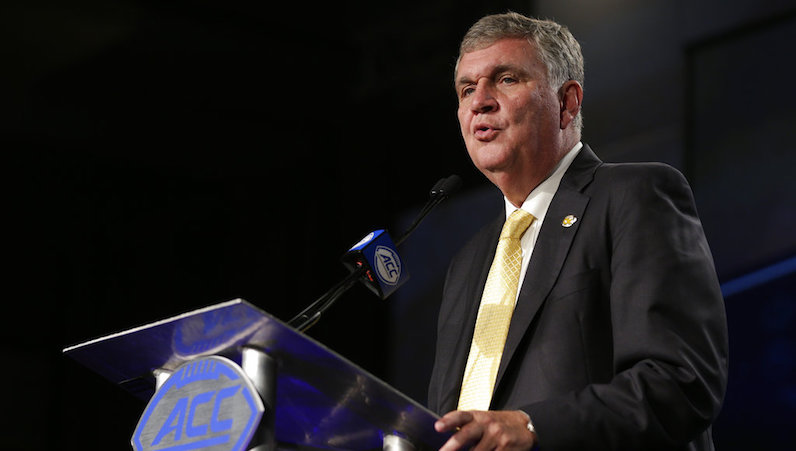 As Georgia Tech heads into training camp, the Yellow Jacket coaching staff is seeking ways to replace Justin Thomas, a three-year starter at quarterback. Ironically, the quarterback position is among the least of head coach Paul Johnson’s positional concerns as the Yellow Jackets inch towards the upcoming season.

“I feel good about that position,” Johnson said July 14 at the ACC Media Days in Charlotte. “I think we’ve got four guys at that position that I could call a game for us right now.”

Jordan made nine appearances last fall as Thomas’s primary backup, including one epic start at Virginia Tech in late November. With the Yellow Jackets broken down by a number of key injuries, Jordan coolly took command. In his first career start, Jordan  ran 32 times for 121 yards and two touchdowns. The Yellow Jackets rode Jordan’s hot afternoon to a 30-20 victory over the eventual Coastal Division champion Hokies.

“I think a year ago, Matthew Jordan had to go up to Blacksburg, which is a really tough place to play and start the game, and we were fortunate that he won the game there,” Johnson said. “I think that gave him some confidence, and gave our guys some confidence in him.”

Jordan entered spring workouts as the clear-cut No. 1 quarterback for the Yellow Jackets, with Marshall projected as the top backup. Marshall, a converted A-Back, appeared in nine games as a rusher as a true freshman in 2015. Making the move to quarterback, Marshall served mop-up duty in two games as the No. 3 signal-caller for GT.

Things got a little trickier for Paul Johnson in April

However, when Jordan went down in the spring, Marshall was thrust into the starting job. Jordan’s foot injury also gave more opportunities for Jones and Johnson to get reps with the Yellow Jackets’ first-string offensive unit.

“This spring (Jordan) had an injury and missed most of the spring, so it gave some of our young guys, TaQuon Marshall, a chance, and Jay Jones and Luke Johnson, who were both redshirt freshmen, who may actually be the most talented kids we’ve had at Georgia Tech since I’ve been there at quarterback,” Johnson said.

In regards to the starting quarterback role, Paul Johnson admitted that ‘It’s Matthew’s job to lose’ heading into August. However, one of the big question marks surrounding Jordan and the Yellow Jackets offense this summer is how, if at all, limited he will be coming off his spring setback.

With Marshall, Jones, and Johnson, the Yellow Jackets have the bodies in place to get their triple-option offense finely tuned for the fall — even if Jordan is limited in August.