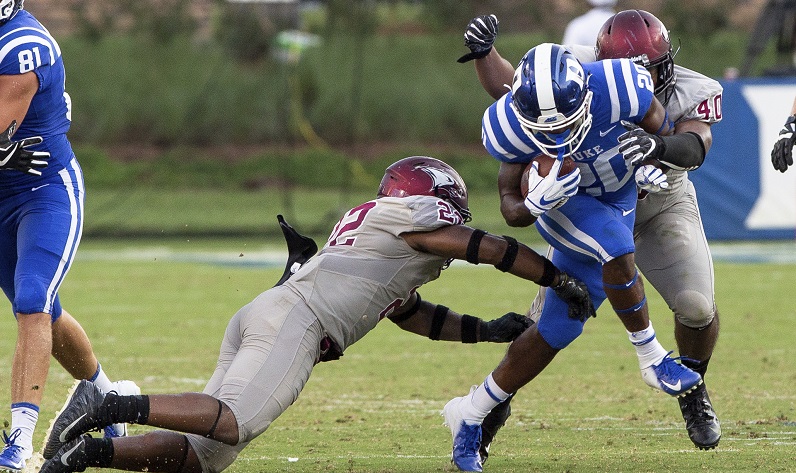 A lanky, 6-foot-2 pass-catcher from Kennesaw Mountain (GA) High School, Riley committed to Duke over a host of programs: Air Force, UConn, Eastern Kentucky and Georgia State, among others.

Riley took an official visit to Duke at the end of June.

Wake Forest also offered Riley a scholarship — the day after he committed the Blue Devils.

Duke now has 12 prospects in its 2022 recruiting class; Riley is the second from Georgia, joining 3-star lineman Steve Nahmais.