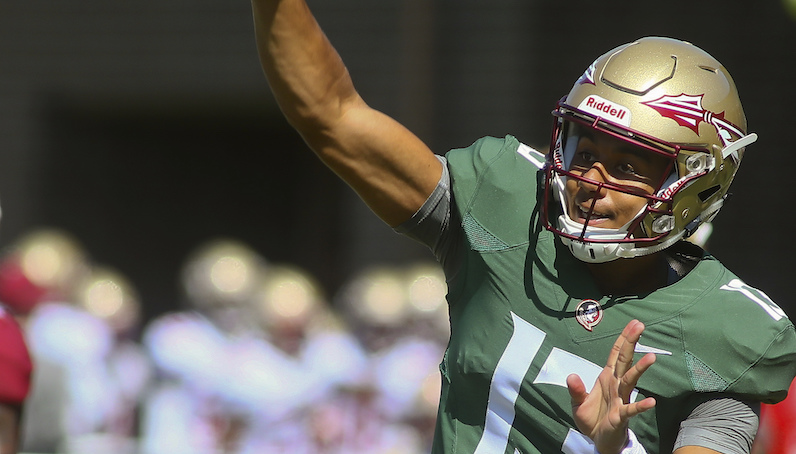 Willie Taggart and Florida State received some important news this week: Jordan Travis, a transfer quarterback from Louisville, was granted immediate eligibility. Travis’ hardship waiver was granted by the NCAA.

A native of Florida, Travis enters the 2019 season as a redshirt freshman — with four years of eligibility. Travis, a 3-star prospect in the 2018 class, appeared in three games last season for Louisville.

#FSU quarterback Jordan Travis, a transfer from Louisville, has been granted the necessary transfer waivers allowing for immediate eligibility in the 2019 season. Much-needed boost for depth at a key position for the Notes.

During the 2018 season at Louisville, Travis completed 4-of-14 passes for 71 yards, one touchdown and one interception.

Florida State now has more depth at the quarterback positions, which is critical. James Blackman and Wisconsin graduate transfer Alex Hornibrook are currently competing for the starting role.

Jordan Travis’ long wait ended this morning. @Tim_Linafelt has the story behind the headline.https://t.co/EDnC589QS8