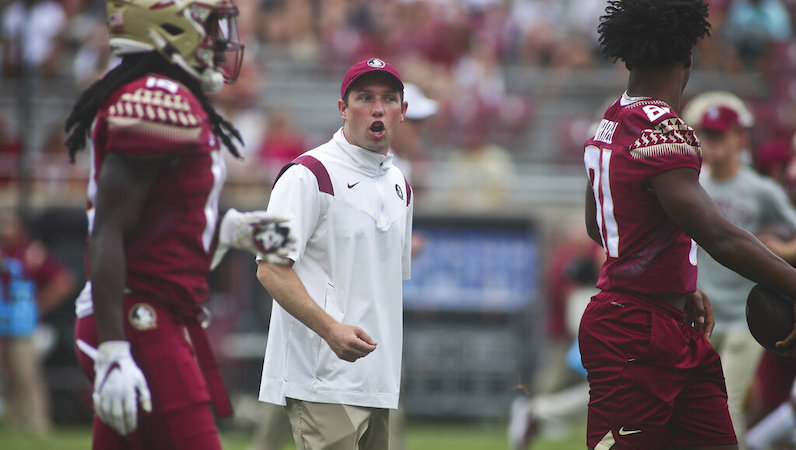 Dillingham, 31, is a young coach; however, he’s well-traveled and has a fair amount of experience under his belt. Back in 2016, Dillingham joined Mike Norvell’s staff at Memphis as a grad assistant. One year later, he was coaching quarterbacks and tight ends. By the 2018 season, Dillingham was the offensive coordinator at Memphis.

During the 2019 season, Dillingham left for the SEC and was the offensive coordinator at Auburn. Following that run, Dillingham hooked back up with Norvell at FSU.

The reunion didn’t last long, though.

In response, Florida State will promote offensive line coach Alex Atkins to offensive coordinator. Atkins, who joined Norvell’s staff in Dec. 2019, will continue to coach the o-line, too.

Atkins has been an offensive coordinator; back in 2019, he called plays and coached the offensive line for Charlotte. Prior to that, Atkins coached for three years at Tulane.