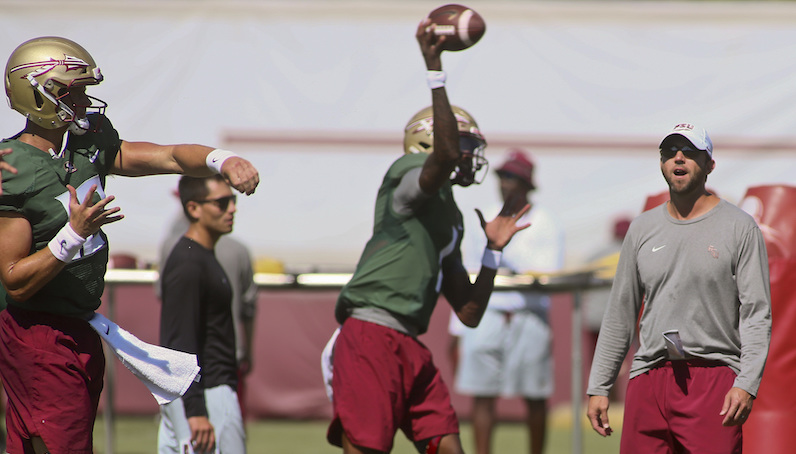 Once again, James Blackman is the starting quarterback at Florida State. When FSU takes the field on Saturday (Aug. 31) against Boise State, Blackman will lead the offense. The team made the announcement late Sunday night.

The 6-foot-5 Blackman has started 13 games during his first two seasons at Florida State. For his career, he’s completed 59.2 percent of his passes (7.9 yards per attempt) and thrown for 24 touchdowns.

Now a redshirt sophomore, Blackman started 12 games as a true freshman in 2017; he became the team’s starter after a season-ending injury to Deondre Francois in the opener against Alabama. After that, Blackman stepped in and threw for 2,230 yards and 19 touchdowns, both of which were top-10 numbers in the ACC.

During the 2018 season, Blackman started one more game: a 47-28 loss at NC State. In that game, though, Blackman threw for 421 yards and four touchdowns.

With Francois back, Blackman appeared in just four games for Willie Taggart, which allowed him to redshirt. After Francois was dismissed from the program in February, Blackman emerged as a strong candidate to become QB1 again at FSU.

In the end, he won out over Alex Hornibrook, a graduate transfer from Wisconsin, and Jordan Travis, a transfer from Louisville. Florida State is currently a 5.5-point favorite for the opener against Boise State.

The importance of the 2020 recruiting class to Florida State