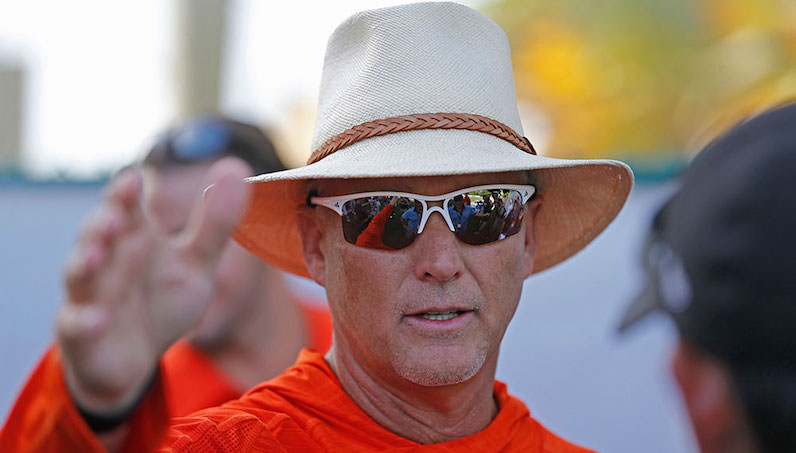 It’s hard to criticize Art Kehoe for the job he did recruiting offensive linemen as Miami’s position coach for nearly 30 years. He found some gems. Look no further than the six first-team All-Americans and 14 all-conference players he coached. Offensive line was a strong suit of Miami’s five national championship teams, thanks in large part to his work.

But toward the end of his tenure, Kehoe — who, aside from a four-year stop at Ole Miss, spent every year at UM as either player or coach from 1978-2015 — produced some duds. None of the 13 offensive linemen the Hurricanes signed from 2013-15 became standout players. Only five were starter-caliber.

One of them was Sunny Odogwu, who decided to leave the program this week in search of more playing time.