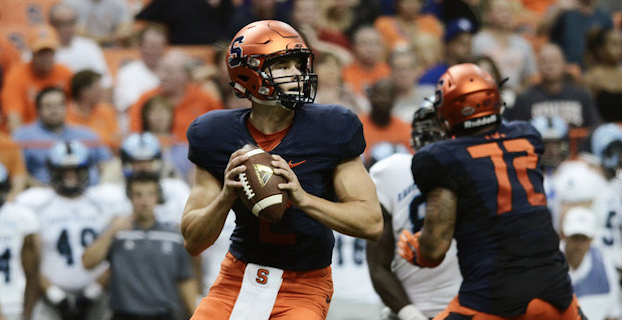 As Syracuse enters a new offensive era under Dino Babers, the spring season was a whirlwind of activity. The Orange players had to get used to an entirely new tempo to go along with the new assortment of plays and schemes.

For Syracuse’s group of young quarterbacks, it was a critical period of time not only to try and grasp the new offense, but to make their presence known as Babers and his staff considered starting roles. With a clean slate, the Syracuse players all had to prove themselves in March and April.

Coming out of the spring, it appears that rising sophomore Eric Dungey is lined up to be the guy under center for the Orange heading into training camp. Who will emerge as the top backup?