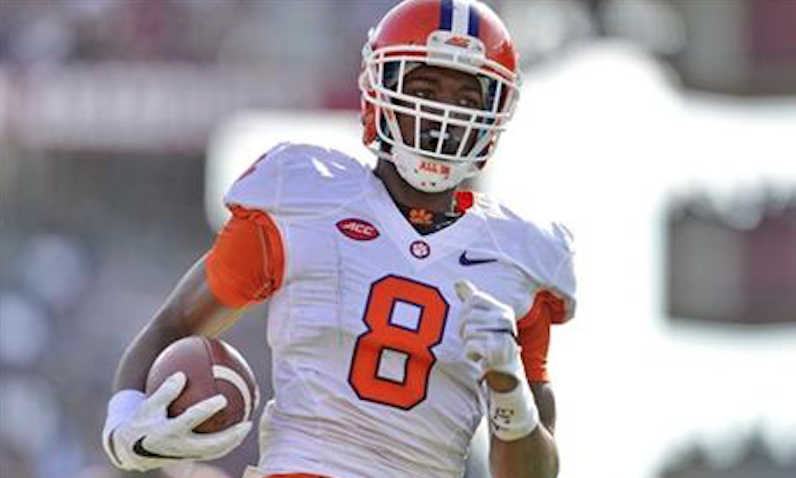 As spring football gets going in Clemson, the Tigers’ passing game is undergoing a significant overhaul.

The defending national champions are moving forward not only without star quarterback Deshaun Watson, but also top offensive threats Mike Williams, Artavis Scott and Wayne Gallman. Between the three players, the Tigers have lost over 190 catches and 2,000 receiving yards from last season.

The good news for Dabo Swinney and wide receivers coach/co-offensive coordinator Jeff Scott is that they bring back a wealth of experienced talent. A few players are chomping at the bit to replace Williams and Scott as go-to targets.

Hunter Renfrow, the hero of January’s College Football Playoff National Championship, returns after making 44 catches for 495 yards last season. Renfrow and juniors Deon Cain and Ray-Ray McCloud are three of the players in position to see increased targets in 2017.

Cain and McCloud, two prizes of Clemson’s 2015 signing class, each picked up invaluable experience over the last two seasons. But after combining for 87 catches for 1,196 yards and 11 touchdowns last fall, they will be expected to produce significantly more as juniors.

Behind Cain and McCloud, a pair of highly touted sophomores, Cornell Powell and Diondre Overton, are also looking to make bigger impacts. Clemson elected not to redshirt Powell and Overton, two 4-stars the Tigers pulled out of North Carolina in the 2016 class. Last season, the two combined to make 14 catches for 135 yards.

Powell and Overton will be looked upon as the second wave of Tiger receiving threats next fall — not quite as dangerous as Cain or McCloud, but more than capable of entering the game and making things happen.

Another Clemson receiver to watch is Trevion Thompson. Thompson was forced to miss the CFP National Championship following a wrist injury and was limited for the start of spring practice. But after hauling in 21 catches and one touchdown over the past two seasons, Thompson has a chance to break though in 2017.