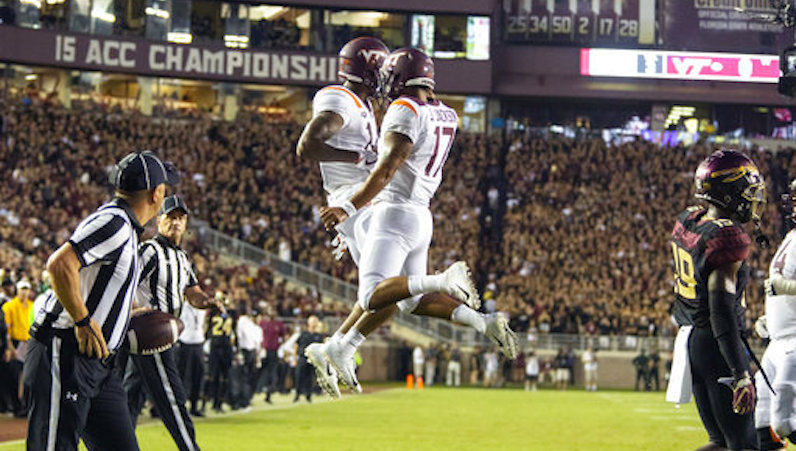 All 14 ACC football programs toed the line over the extended opening college football weekend; this, of course, included one head-to-head matchup, too: Virginia Tech at Florida State.

With that in mind, now that we have one game under the belt for each team, let’s take a look at The ACC Sports Journal’s power rankings for the first week of the 2018 season. At the top: no surprises.

Yep, more of the same and in a league of their own: the Tigers dominated against Furman (big shock, I know), but we should get to see this team’s full force in primetime against Texas A&M and Jimbo.

Next up: at Texas A&M

Next up: William & Mary

So, yeah, things didn’t go so great against LSU, but the defense had its moments, especially defensive tackle Gerald Willis; and there’s still plenty of skill on this roster.

Next up: Savannah State

Florida State’s performance vs. Virginia Tech didn’t reek of preparation and organization, but let’s not jump off this ship just yet. There’s still too much talent in Tallahassee; plus, rookie defender Jaiden Woodbey looked good.

You could feel to absence of Nyheim Hines against JMU — the run game was a bit underwhelming; can the Pack get better production on the ground (2.9 yards per carry) — while also tackling better on defense, too?

Next up: Georgia State

AJ Dillon caught a pass — finally! And it went for a touchdown! Also, Dillon, the Preseason ACC Player of the Year, had 125 total yards on 22 touches. He’s very good — so, too, are the Eagles.

Next up: Holy Cross

Duke has an excellent defense, a future NFL quarterback and a productive running back — Brittain Brown looked really good on some of his touches; if the receivers keep making plays, this team has serious potential.

Next up: at Northwestern

The receivers look awesome against Tulane, including Greg Dortch, who caught 12 passes — on 16 targets — for 149 yards in his return to the field.

In the win over Alcorn State, four Georgia Tech players ran for at least 70 yards, including quarterback TaQuon Marshall, who now has 19 career rushing touchdowns.

Next up: at South Florida

Well, that went about as expected against Alabama, right? The Cards got mauled on national television, and lost top pass rusher Jonathan Greenard (7 sacks in 2017) — out indefinitely (wrist).

Next up: Indiana State and Larry Bird

Send help, please: North Carolina averaged under four yards per pass attempt and just 4.3 yards per carry in the loss at Cal. This week’s showdown with ECU, which is coming off a massive loss at home to NC A&T: oh, boy.

Next up: at East Carolina

Jordan Ellis was a monster against Richmond: 146 rush yards, two touchdowns. However, UVA will have to deal without several injured players.

Next up: at Indiana