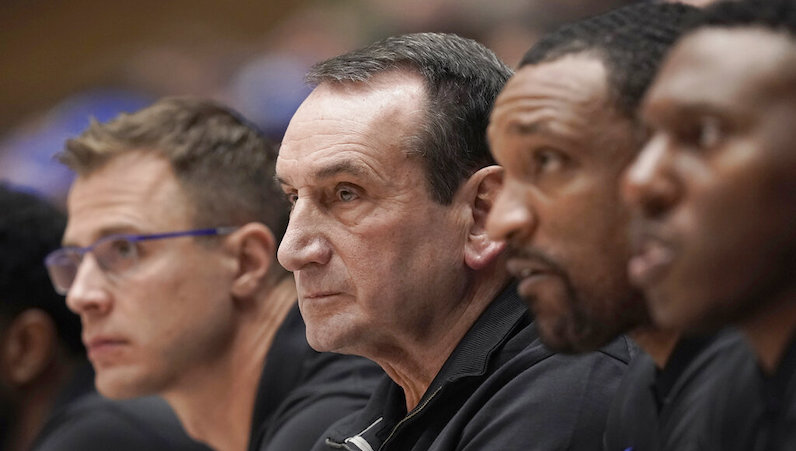 According to an exclusive report from Steve Wiseman at the News & Observer, Duke basketball players Michael Savarino, the grandson of head coach Mike Krzyzewski, was arrested for driving while impaired early Sunday morning. Duke’s star freshman forward Paolo Banchero was also present; he was cited for aiding and abetting DWI. Banchero was released at the scene.

According to Wiseman’s report: Savarino, 20, has a court date set for Dec. 9 regarding his DWI charge. For Banchero — a projected top-3 pick in the 2022 NBA Draft — a court date has been set for Dec. 8. Banchero turned 19 last week.

Coach K, in a statement to the N&O, said that further actions will be decided on by university officials:

We are reviewing a legal matter involving two members of the men’s basketball team,” Krzyzewski said in a statement released by Duke athletics to the N&O. “Any further actions as a result of this situation will ultimately be determined by the Vice President/Director of Athletics and University officials.

Duke is back in action Tuesday night: Gardner-Webb at Cameron Indoor Stadium. However, the status of Banchero and Savarino is currently undetermined.