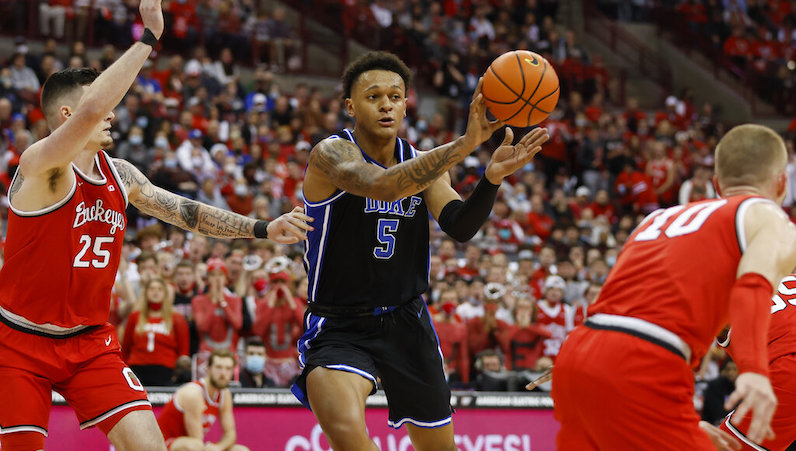 Once again, only one ACC men’s basketball team landed in this week’s AP Top 25 Poll: Duke.

One week after the Blue Devils claimed the top spot, following a win in Vegas over Gonzaga, Duke slipped to No. 3 in the poll. That, of course, came after Duke lost on the road to Ohio State in the ACC/Big Ten Challenge.

POLL ALERT: Boiler up! Purdue jumps to No. 1 in the AP Top 25, followed by Baylor, Duke, UCLA and Gonzaga; Alabama into top 10; Ohio State and LSU in.

Outside of Duke, only one other ACC team received votes: North Carolina.

Wendell Moore Jr. makes The Leap for the Blue Devils