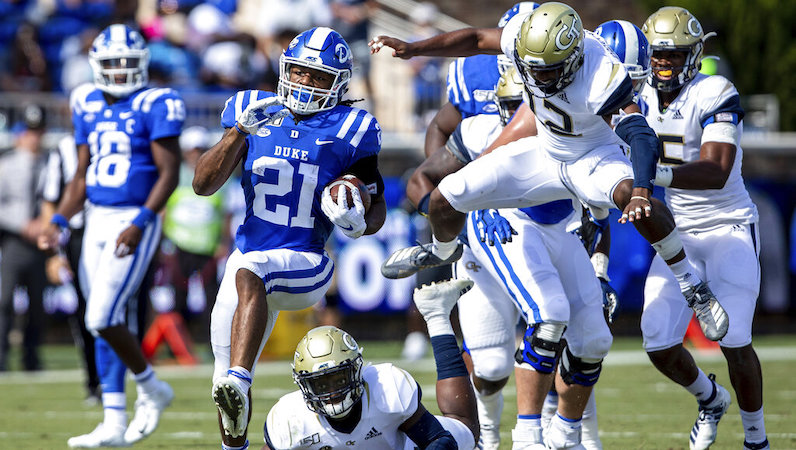 From a small town to possibly the biggest stage in sports/entertainment. Duke running back Mateo Durant will enter the 2022 NFL Draft and forgo the rest of his college career.

Durant — who hails from Plum Branch, S.C. (population: 82) — is one of the most accomplished skill position players in program history. During the 2021 season, Durant ran for 1,233 yards (second most in program history) and nine touchdowns; he also caught 27 passes, including two for touchdowns.

Along with Sean Tucker of Syracuse, Durant was named First Team All-ACC running back.

For his career at Duke, Durant ran for 2,554 yards and 18 touchdowns. Durant finishes his career fourth on Duke’s all-time rushing list — just ahead of Shaun Wilson.

Is Jason Garrett in the mix for the Duke coaching search?