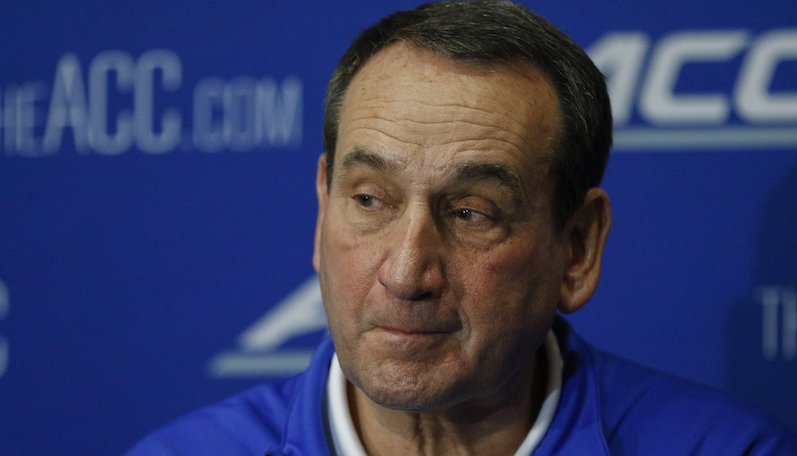 Both games will take place Dec. 1.

As Matt Norlander of CBS Sports notes, this change in location for Duke-Michigan State comes because of differences in COVID-19 protocols between conferences: the Big 12 and SEC on one branch, and the ACC and Big Ten on another. No fans will be in attendance for the game, per Norlander.

In exchange for Michigan State traveling to Durham for this matchup, Duke will return the favor and play Michigan State up in East Lansing — likely during the 2021-22 season. It’s a de facto home-and-home series between the two power programs; although MSU will likely get the benefit on fans in the stands (hopefully) when the Spartans host the Blue Devils in the future.

For the first time in the 10-year history of the Champions Classic, the made-for-TV event will not be at a single/neutral site.

The Duke-Michigan State game will take place one week before Duke hosts Illinois in the ACC-Big Ten Challenge.

In between those two matchups, Duke will also host its own multi-team event, which includes Howard, Bellarmine and Elon. For that MTE, Duke will play Bellarmine (Dec. 4) and Elon (Dec. 6).

5-star PF Paolo Banchero commits to the Blue Devils; major get for Coach K and staff