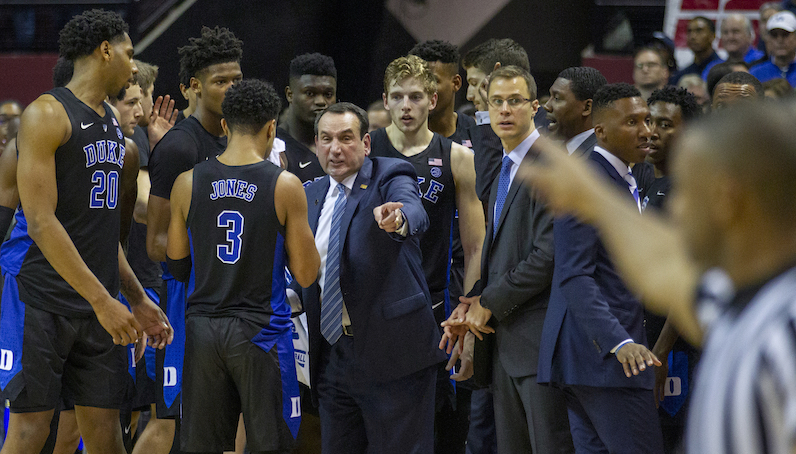 According to a release from Duke’s athletic department, the university has a a schedule for how it plans to have student-athletes return to campus amid the COVID-19 pandemic. Things will start two weeks from now; members of the football program are set to arrive on July 12. Duke is now the final ACC football program to announce when players will return to campus; Virginia made an announcement late last week with a July 5 return.

After that, a variety of other programs will also return in late July, including volleyball, field hockey, men’s and women’s cross country and men’s soccer.

When the calendar flips to August, men’s and women’s basketball players are “tentatively” scheduled to arrive on Aug. 2. As soon as Duke’s athletes arrive, they will be tested for COVID-19.

The entire release is embedded below.

Beginning with members of the football program on July 12, Duke University student-athletes will commence a phased return to campus.

Upon arrival to campus, all student-athletes will be tested for COVID-19 and will be required to follow health and hygiene protocols established by Duke and national medical experts.  These measures are consistent with the procedures for all Duke undergraduate students.