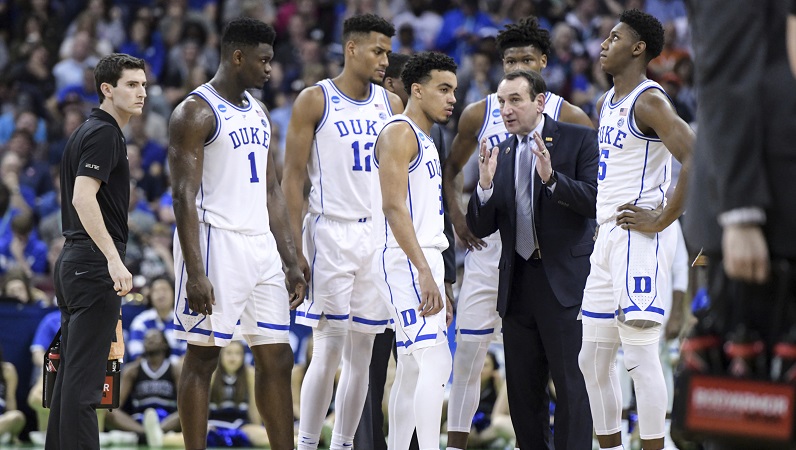 Over the weekend, Duke made the list of final four schools for one of the top prep basketball players in the country: Jonathan Kuminga, a 5-star small forward.

Kuminga, the No. 1 prospect in the 2021 class, has narrowed his list of schools down to Duke, Texas Tech, Auburn and Kentucky.

There’s no guarantee that the 6-foot-8 Kuminga will play college basketball, though. Kuminga will also consider following Jalen Green’s footsteps — forgoing college and taking part in the NBA and G League’s development program.

Last month, word trickled out that the G League was in the process of recruiting top 2021 prospects to be in the program’s second wave. In theory, Kuminga would be at the top of that list. However, Kuminga could also reclassify to the 2020 class.

If Kuminga were to reclassify, he would join Green and 5-star point guard Cade Cunningham has tier 1 prospects in 2020. Cunningham will play for Oklahoma State during the 2020-21 season. While speaking ESPN recruiting analyst Paul Biancardi on his podcast, Kuminga said he’s currently “50/50” on the prospect of reclassifying.

Duke already has a commitment from AJ Griffin, another 5-star forward in the 2021 class.