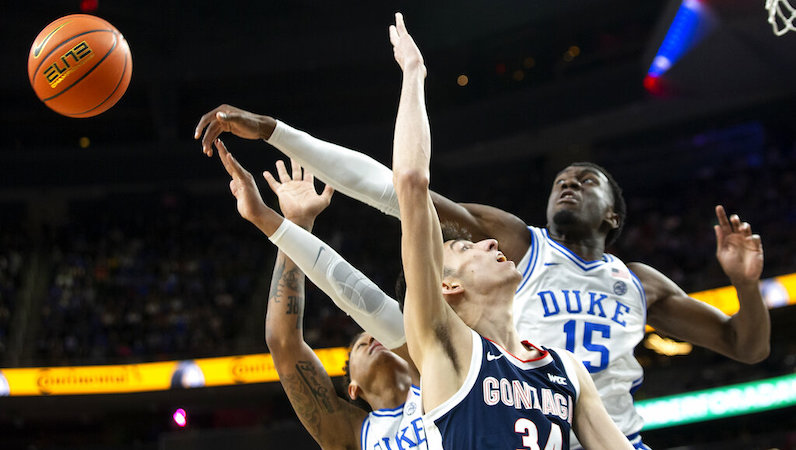 Once again, Duke basketball is the lone ACC men’s team in this week’s AP Top 25 Poll. After a week with no games, Duke jumped up to No. 2 from No. 3 — with Purdue having some issues. The Boilermakers, who lost at the buzzer to Rutgers and needed overtime to defeat NC State, dropped from No. 1 to No. 3

No other ACC team landed in the poll, although North Carolina received a fair number of votes. Johnny Davis and Wisconsin were the only team to receive more votes and not land in the AP rankings.

POLL ALERT: Baylor takes over at No. 1 in the AP Top 25, followed by Duke, Purdue; Arizona, Southern Cal into top 10; Xavier, Colorado State, Texas Tech in.

No other ACC team received any votes.