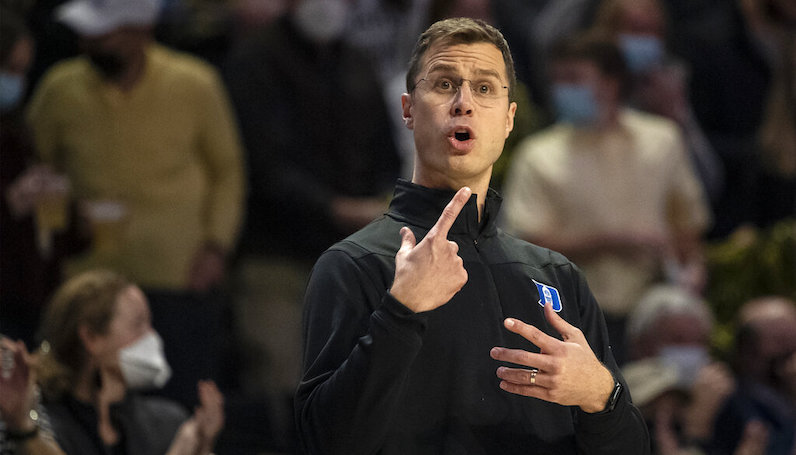 Following Duke’s 76-64 win at Wake Forest this week, Josh Graham explains on his radio show how that game serves as a glimpse into the future for the Blue Devils and Jon Scheyer

With Coach K away from the team due to an illness, Scheyer served as acting head coach. Scheyer, who is mere months away from taking over the program, did a marvelous job running things Wednesday night in Winston-Salem.

Beyond the on-court performance, Scheyer has also proven that he can really recruit, too. Duke has the No. 1 2022 recruiting class, which includes four top-15 prospects.

AJ Griffin shows why he’s ready for the bright lights, plus more on how Duke can utilize Paolo Banchero