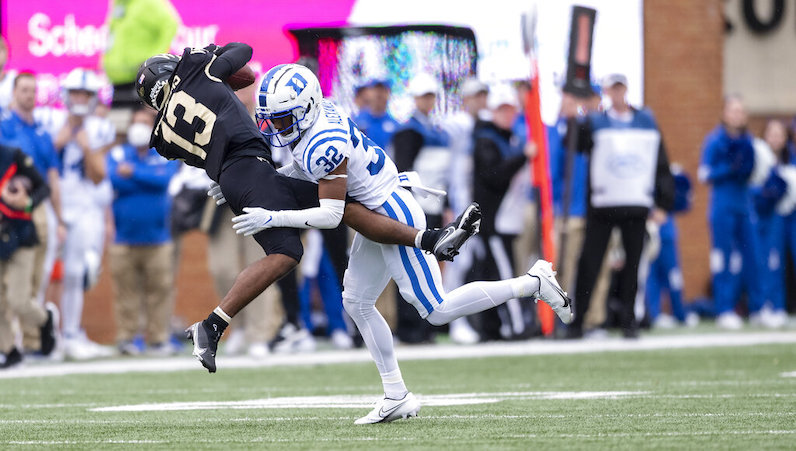 According to a report from Adam Rowe of The Devils Den, two Duke defensive backs have entered the NCAA transfer portal: Jalen Alexander and Nate Thompson.

Alexander just finished his junior season; he’s been a part of Duke’s rotation for three years now, although the 2021 season was his best. Alexander finished second on the team with 33 solo tackles — 42 total.

Duke DBs Nate Thompson and Jalen Alexander are in the transfer portal, per a source. @247SportsPortal @TheDevilsDen

Thompson, who hails from Sanford (NC), finished eighth on the roster with 40 total tackles. He also recorded an interception in Duke’s win over Kansas.