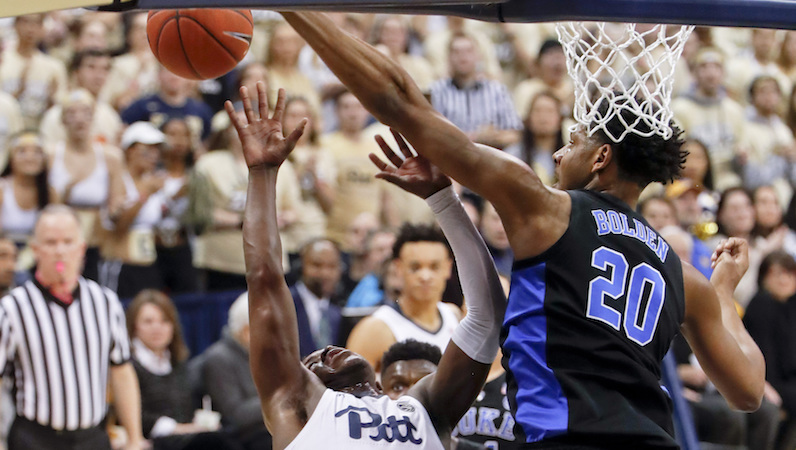 Junior center Marques Bolden will return to action for Duke; the 6-foot-11 shot-blocker has been out since the regular-season finale at UNC — when he suffered a knee injury. The injury looked bad, and forced him to miss all three games at the ACC Tournament. However, less than two weeks later, Bolden is back. He will not start in his return to the lineup, though.

Coach K: Marques Bolden will play vs. North Dakota State. Won't start. Not sure how many minutes. Jack White (hamstring) not likely to play.

One of the team’s other juniors, Jack White, will not able to suit up, though. White played 11 minutes in the ACC Tournament final against Florida State. During that run, he suffered a hamstring injury.

Jack White in sweats, will not play tonight as he recovers from a hamstring injury suffered in the #Acctourney Championship pic.twitter.com/J21SNXdz6s