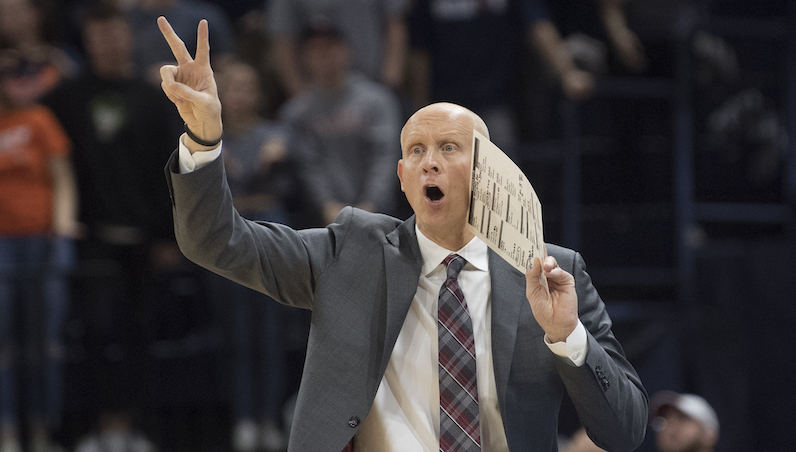 After surging out to a 4-0 start this season, the brakes have been hit on Louisville basketball. Friday’s game against UNC-Greensboro has been canceled due to a positive COVID-19 test within the program.

As Mike Rutherford notes over at Card Chronicle: along with the positive test, multiple players are showing symptoms. This could jeopardize next week’s ACC/Big Ten Challenge matchup with Wisconsin, which is set for Dec. 9 (Wednesday).

Louisville’s game against UNCG tomorrow has been canceled due to a positive test within the Cardinals program, source told @Stadium.

According to a release from Louisville, the positive test was detected during the team’s testing on Thursday. As a result: “The pause in activities follows a positive test, subsequent quarantining, and contact tracing within the Cardinals’ “Tier 1” individuals, which consists of student-athletes, coaches, team managers and staff.”

This officially marks the end of the Louisville “Bubble” — the Wade Houston Tipoff Classic. One of the other games from the event — Duquesne vs. Winthrop, also set for Friday — was canceled, too.