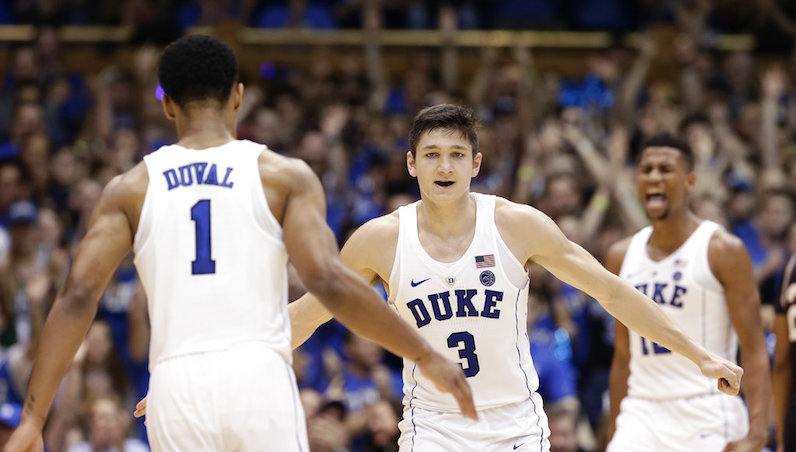 For all intents and purposes, things are going well for Duke basketball. As Saturday’s matchup with UNC looms, there’s no need to panic over the early-week loss at Virginia Tech. The Blue Devils are a top-5 team, with an explosive offense and a ridiculous amount of future NBA talent.

However, Duke has also had some lulls of mixed play this season. As the NCAA Tournament rapidly approaches, Duke has a shot of a national title, but must get on the same page for that to happen.

David Glenn explains who he thinks must be the players to push Duke over the top: “There is absolutely, positively no doubt in my mind who must lead the Blue Devils for them to get to their version of the Promised Land. And the answer to that is not Grayson Allen.”

Click to listen to the full segment on Duke Basketball

DG on Kevin Keatts and NC State: “The Wolfpack is having more fun”