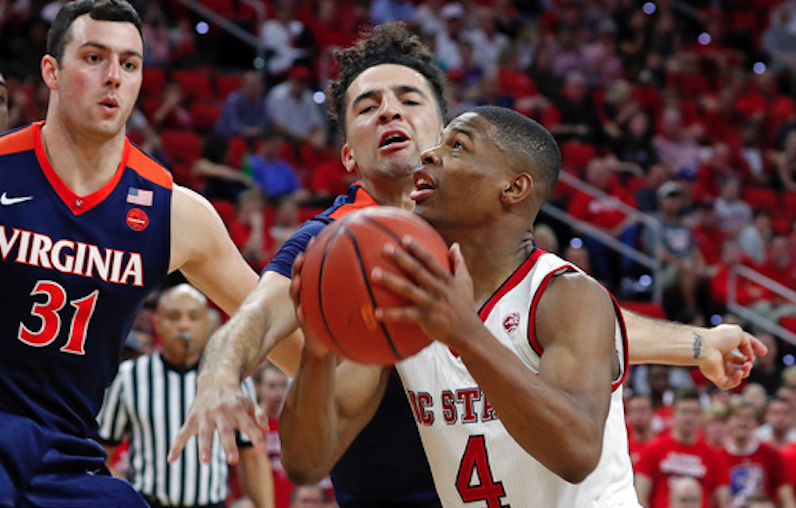 The Wolfpack trudged through a 15-17 season, which saw coach Mark Gottfried fired midseason. Smith, however, was sensational in terms of production; the freshman finished eighth in the ACC in scoring (18.1 points per game), second in steals (1.9 per game) and led the league in assists (6.2 per game).

Smith also became the first NC State player since Julius Hodge in 2002 to record a triple-double. In fact, Smith posted two triple-doubles this season; he had one against Virginia Tech and then one later in February against Syracuse.

The high-water mark of NC State’s season came with a win over Duke at Cameron Indoor Stadium. Smith was spectacular at the end of the game. The Wolfpack spaced the floor and ran its entire offense around Smith’s pick-and-rolls. That type of action worked especially well, which should serve DSJ well on the next level.

Smith is currently projected as the No. 7 prospect by DraftExpress.