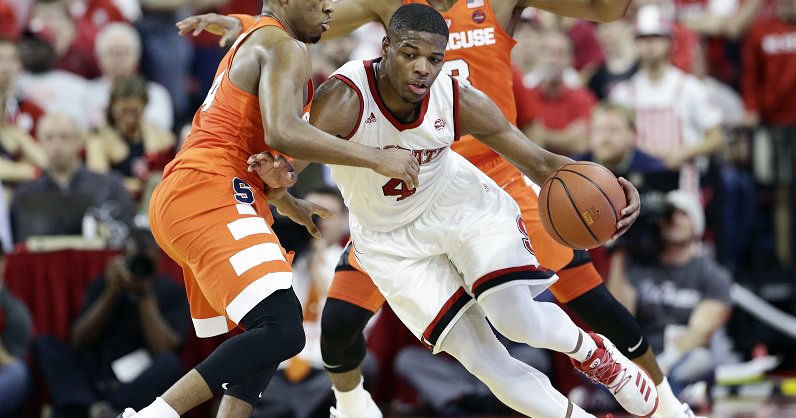 Last month, Dennis Smith Jr. recorded the second triple-double in NC State history when he went for 27 points, 11 rebounds and 11 assists in a win over Virginia Tech. Well, the freshman and future NBA lottery pick wasn’t satisfied with just one.

On Wednesday night in Raleigh, Smith collected his second triple-double of the season; this time, it came against visiting Syracuse a mere four weeks later. Smith attempted just eight field goals, but he slapped up an impressive line: 13 points, 15 assists and 11 rebounds. NC State, however, lost in overtime 100-93.

Julius Hodge is the only other member of the Wolfpack program to accomplish this feat, doing so in December 2002.

To read more on Smith’s prolific freshman season, check our breakdown of his 32-point performance against Duke last Monday.