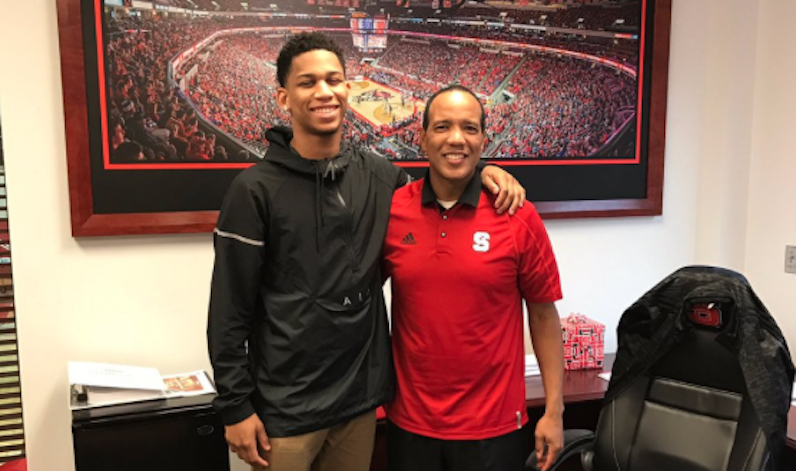 While NC State’s lone signee might soon be off the board, a new target has emerged for the Wolfpack.

Washington’s loss could be NCSU’s gain as former Huskies signee Blake Harris is back on the market. The consensus 4-star point guard from Word of God Academy in Raleigh asked for a release from his letter of intent following UW’s coaching change this month. Washington granted that request on Tuesday.

If Keatts is able to ink Harris, it would solve at least one problem NCSU faces going into next season. Star freshman Dennis Smith projects as a lottery pick in this summer’s NBA Draft and will likely bolt. Rising sophomore Markell Johnson is the only other true point guard on the team, and with a coaching transition often comes roster uncertainty, so his future could also be up in the air. The addition of Harris would mean depth at the point, while the possibility remains that the starting role could open up.

Harris is the No. 125 overall prospect in the 2017 class, according to 247Sports’ composite rankings.