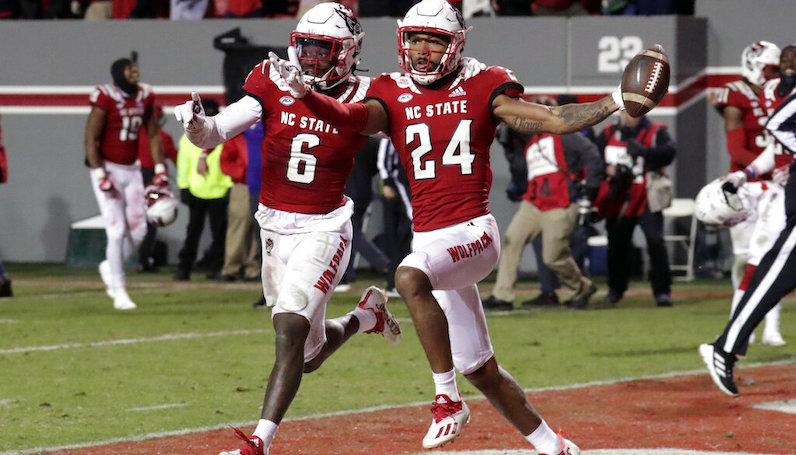 Continuity is important in college football. It’s also important to have a talented roster. The 2021 season is in the ninth inning; however, NC State has plenty of reasons to feel optimistic about 2022. On Saturday, defensive back Derrek Pitts became the latest NC State player to commit to returning for the 2022 season.

Pitts, who made the announcement over on his Instagram page, finished the regular season with 43 total tackles, tied for fifth on NC State’s roster with Isaiah Moore. Pitts recorded two interceptions this season, too, including one to help seal the win over North Carolina.

After an injury at Miami, Moore missed the remainder of the season; during his absence, NC State’s defense continued to play well, especially linebackers Drake Thomas and Vi Jones. Moore started this process a two weeks ago; the veteran linebacker announced, ahead of the UNC game, that he planned to return.

A few days later, ball-hawking safety Cyrus Fagan announced plans to return to Raleigh, too. All-ACC defensive tackle Cory Durden, who transferred to NC State from FSU with Fagan, will also be back.

Pitts is an experienced and well-traveled player; he spent time as a starter at both West Virginia and Marshall, before heading to NC State, where he reunited with former defensive coordinator Tony Gibson.