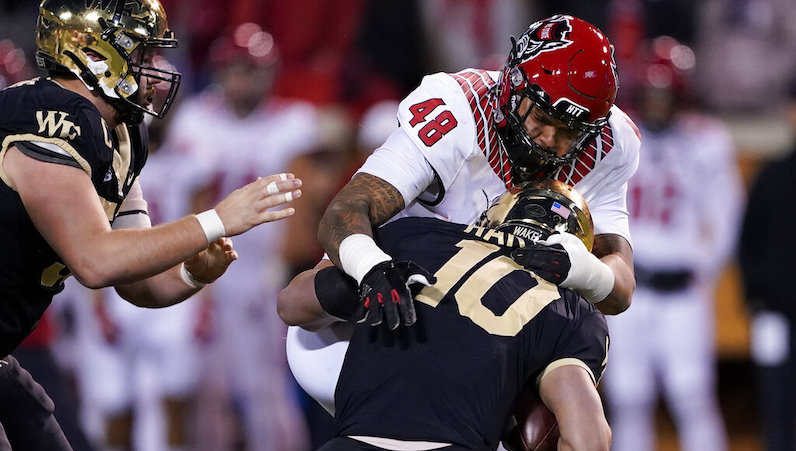 Defensive lineman Cory Durden, a first team All-ACC selection in 2021, will return to NC State for the 2022 season.

Durden becomes the latest member of NC State’s roster to announce his return for the Wolfpack. Last week, star linebacker Isaiah Moore and safety Cyrus Fagan, who transferred into NC State from FSU with Durden, announced plans to return, too.

NC State All-ACC first team defensive lineman Cory Durden coming back for another year in Raleigh, per his IG account.

During the 2021 season, Durden recorded 31 total tackles and 3.5 sacks. He was a fixture in the front-seven for an NC State defense that finished the regular season ranked No. 12 nationally in ESPN’s defensive efficiency metric.

At least one big name remains undecided for Dave Doeren, though: linebacker Payton Wilson, an All-ACC selection in 2020. Wilson is one of the best players in the conference; however, he’s battled injuries for the entirety of his college career. Wilson could opt for the 2022 NFL Draft, potentially.