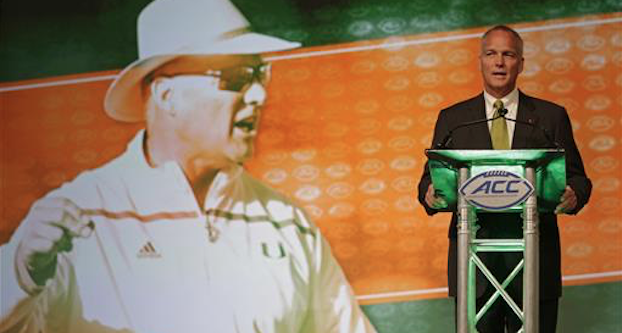 Mark Richt has high hopes for the future of Miami football. (AP Photo)

Miami head football coach and former Hurricanes quarterback Mark Richt sat down with The David Glenn Show at the ACC Kickoff in Charlotte last week. During the interview, Richt claimed that getting “The U” back to its glory days (as the program has won five national titles) might not take long.