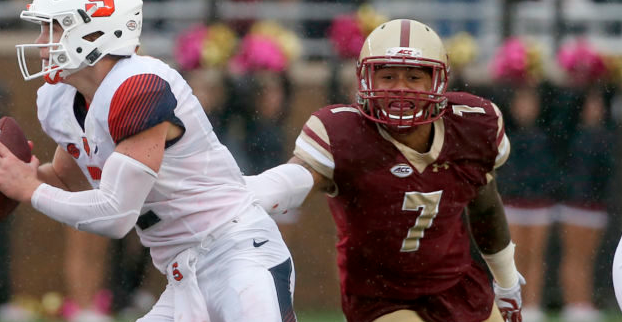 Boston College defensive end Harold Landry, the NCAA’s sacks leader in 2016 who was projected as an early-round NFL Draft pick, is returning to Chestnut Hill in 2017 for his senior campaign.

Landry made a rare move, passing up on the NFL before completing his degree despite his high marks and the fact that he and his fiancee are expecting their first child. He recently joined the David Glenn Show to explain his decision.