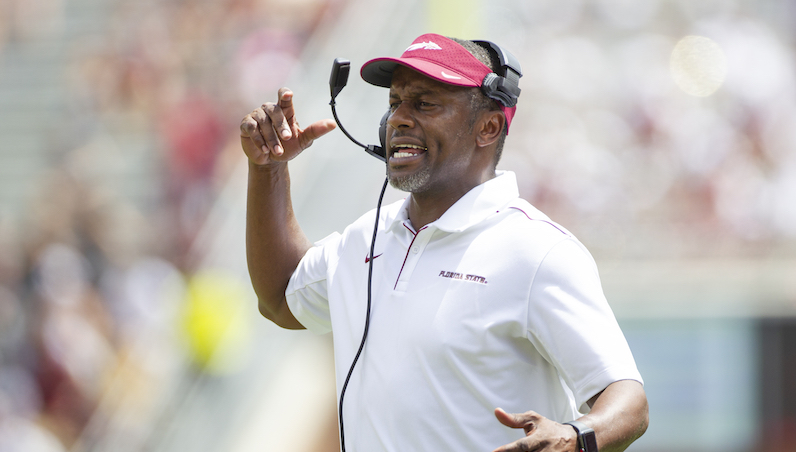 Following a 5-7 record in his debut season at Florida State, second-year head coach Willie Taggart entered the 2019 season with some heat on his seat. It wasn’t just the losing record and a missed bowl game, though; Florida State struggled offensively behind a line that could never protect its quarterback or create enough running lanes.

On Saturday, things appeared to be on the up, though. Florida State held a 24-6 lead at one point over Boise State; however, the Seminoles collapsed in the second half, losing to the Broncos, 36-31.

Florida State falls to 80-2 over the last 15 seasons when leading by 18 points.

Their only other loss when leading by 18 points in that span came last season against Miami. pic.twitter.com/ZXeMvin4h3

During his weekly radio show on Monday, Taggart spoke about the loss, though one of his comments went viral after the fact. Essentially, Taggart claimed that dehydration could’ve played a big role in his team’s loss to Boise State.

Taggart says after seeing his team in the heat during the Boise game, he talked to the training staff about how the team needs to begin hydrating for the game earlier in the week.

David Glenn explains why Taggart is in a tough situation with Florida State fans, but also why statements like what he said after the fact — through the media — are increasingly problematic, too.