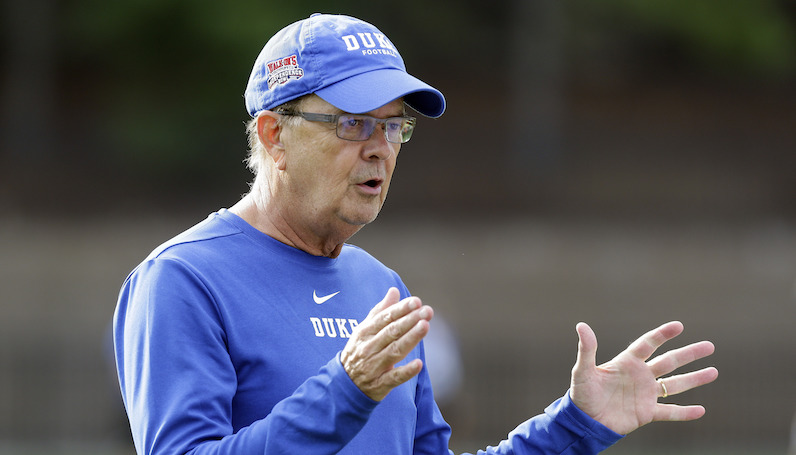 After a full decade at Duke, it’s clear: David Cutcliffe has turned things around in Durham. The Blue Devils enter 2019 following two straight bowl victories; however, the program must brace itself for life after Daniel Jones. The first hurdle to clear is a rather high one, too: Alabama, Cutcliffe’s alma mater, on Saturday.

Two days before his team’s opener in Atlanta, Cutcliffe joined The David Glenn Show to discuss the continuity of his staff, the culture of Duke Football, football allegiances in the state of Alabama, Nick Saban and his team’s attention to detail.