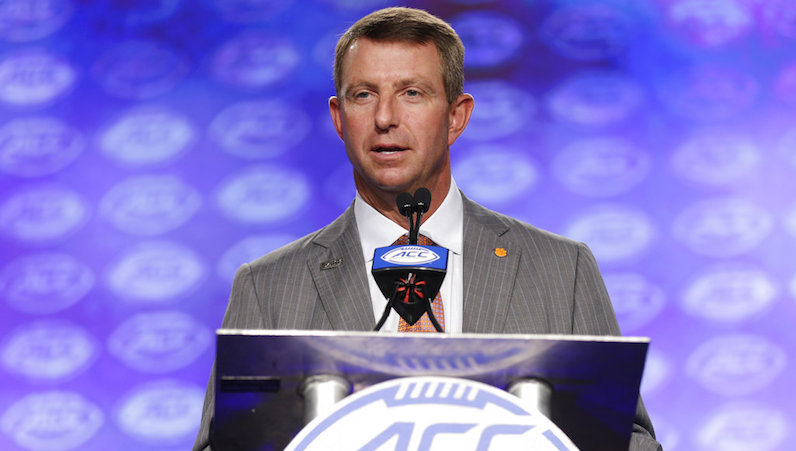 Dabo Swinney has been the head of Clemson football for only a decade, but he’s already one of the most accomplished coaches in ACC history.

The Tigers are the reigning champions of college football. In Charlotte for ACC media days, Swinney joined The David Glenn Show to discuss: the importance of landing Tajh Boyd, building the Clemson football program and how to sustain success.

Bill Hancock on expanding beyond a 4-team playoff: “Not a point of conversation”