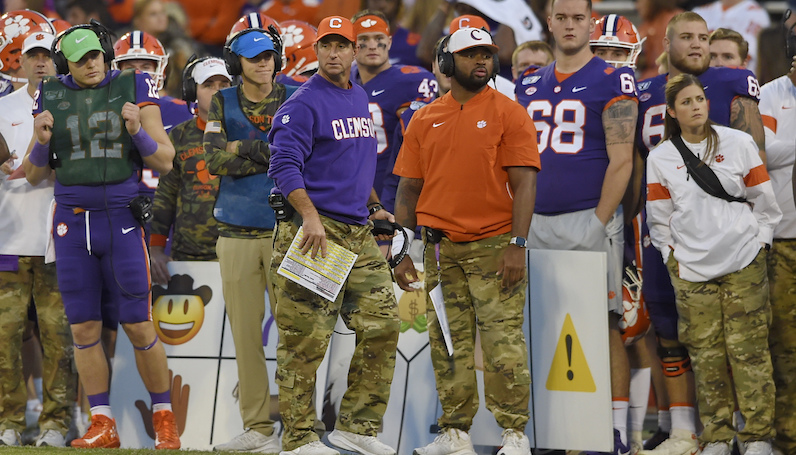 This Saturday undefeated Clemson (9-0) gets set to take on NC State in Raleigh. Ahead of that matchup, Dabo Swinney stopped by The David Glenn Show.

In a wide-ranging conversation, Dabo and DG discuss meeting Michael Jordan at a bachelor party, the College Football Playoff rankings, preparing for NC State and the firing of Willie Taggart at Florida State.