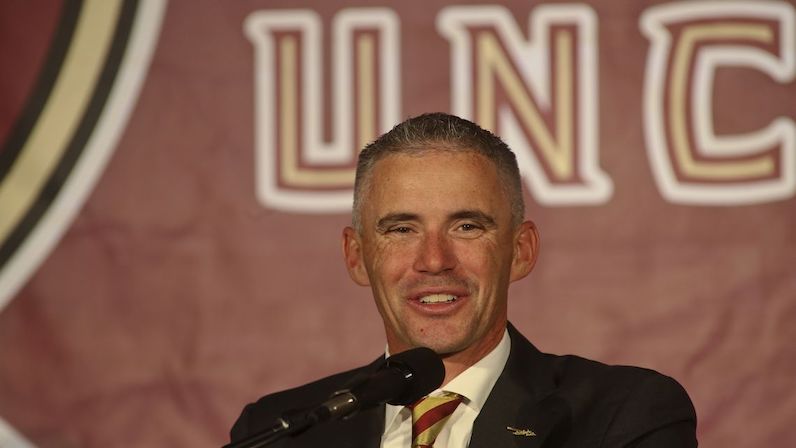 It’s been a tenuous start for the Mike Norvell era at Florida State. This offseason was anything but smooth for Novell as the program tried to navigate COVID-19 and the summer’s social justice movement.

In his first game as coach, Florida State collapsed on the road against Georgia Tech. And one week later, FSU announced that Norvell tested positive for COVID-19.

Now on Monday, Florida State has confirmed that Norvell won’t be with the team next Saturday at Miami.

According to FSU protocol, all staff members and players must isolate for 10 days after a positive test. Even if Novell tests negative for COVID-19 this week, the protocol remains in place; there’s no way for Norvell to be with the team for its rivalry matchup with Miami and quarterback D’Eriq King.

Crowd sourcing: I'm trying to find historical comps for #FSU HC Mike Norvell missing the Miami game Saturday because of a positive coronavirus test.
What other college head coaches missed a game due to illness? Bob Davie at New Mexico and Jerry Kill at Minnesota. What others?