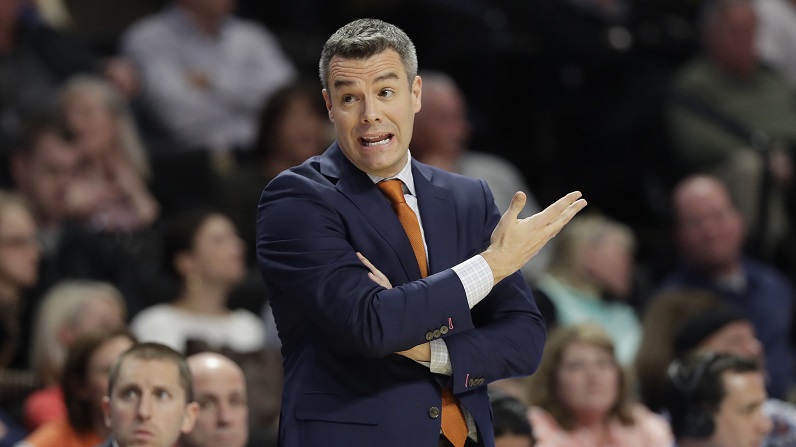 The basketball season ended in about the worst way possible for Virginia, but the recruiting season got off to a nice start Wednesday for the Cavaliers. Casey Morsell, rated a four-star and Top-100 prospect by both Rivals and 247Sports, became the Cavs’ first commitment in the Class of 2019.

Morsell, a 6-foot-2 combo guard from Washington, D.C., has been surging up the recruiting rankings since his junior season (ESPN hasn’t updated its rating for Morsell since around the holidays and still lists him as as two-star, skewing the normally reliable 247 Composite Ranking). He’s also an early commitment, pledging to Tony Bennett’s team before the coaching staff even hit the road for the live recruiting period.

This is a stark contrast to UVA’s 2018 class. Bennett and Co. stayed in the mix for several top-level recruits last summer, but ultimately struck out on four and five-star targets. The Cavaliers didn’t land a commitment until late August, when relatively unknown Australian Kody Stattmann chose Virginia. Three-star point guard Kihei Clark later made it a two-person class that, at least on paper, appeared underwhelming.

Morsell’s decision is a positive sign for Virginia in multiple ways. First, it shows the loss to UMBC and back-to-back first weekend exits from the NCAA Tournament won’t necessarily deter good recruits. It’s also huge for UVA to score the top player in DC, particularly when he held offers from Maryland, Georgetown and Virginia Tech.

Recruiting the Washington area has been hit or miss for the Cavs down through the years, but good experiences at Virginia for DC metro players such as Justin Anderson and Nigel Johnson have helped while the coaching staff continues to build better relationships with top high school and AAU programs in the DMV.

Morsell, whose coach at St. John’s High School says has made rapid improvements on defense, is known more for his scoring. The Cavs are always in need of some offensive punch, particularly when you consider the possibility De’Andre Hunter and/or Kyle Guy may leave for the NBA before Morsell gets to Charlottesville.

There’s also the simple fact that committed players often become the best recruiters. Casey Morsell will spend the next few months at camps and tournaments with fellow Virginia targets and having one player on board can often lead to more commitments.

Become a premium member of ACCSports.com to see the 2019 Targets!