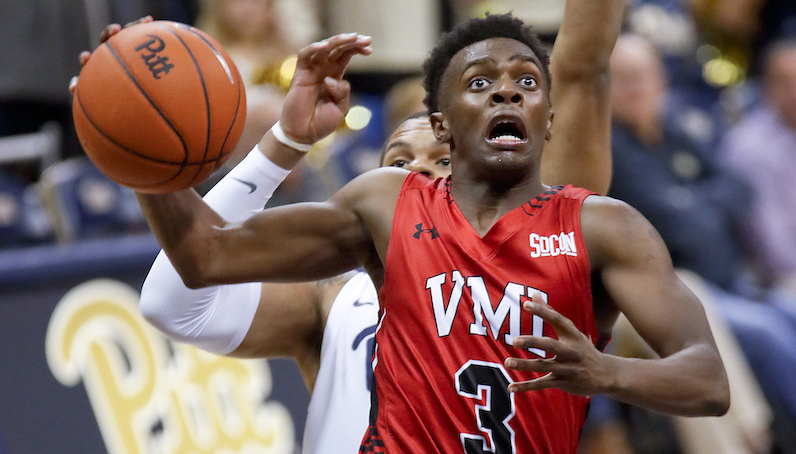 VMI's Bubba Parham (3) drives to the hoop in front of Pittsburgh's Shamiel Stevenson during the second half of an NCAA college basketball game, Friday, Nov. 9, 2018, in Pittsburgh. Pittsburgh won 94-55. (AP Photo/Keith Srakocic)

The 5-foot-11 Parham played the last two seasons at VMI; he averaged 21.4 points per game during the 2018-19 season, which led the Southern Conference.

Sources: Georgia Tech's Bubba Parham has received a waiver from the NCAA and is eligible for the 19-20 season. Huge news for the Yellow Jackets. Parham averaged 21.4 PPG last season at VMI.

For an offense as strapped as Georgia Tech was last season — and has been for the entirety of Pastner’s time in Atlanta — Parham is a big add. According to KenPom, the Yellow Jackets ranked 228th nationally in adjusted offensive efficiency. Georgia Tech shot a lowly 30.7 percent on 3-pointers, too, which ranked No. 330 in Division I.

Parham also gets to the free throw line a lot, too, which is a nice boost offensively. He posted an assist rate of 24 percent as well.