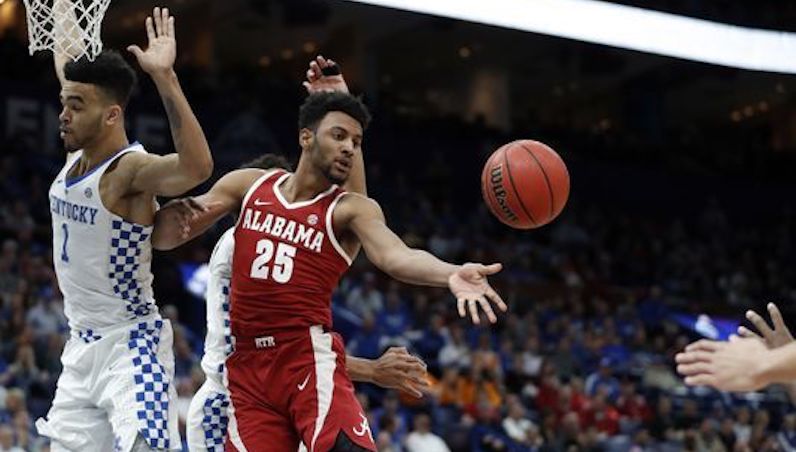 Sometimes the timing just isn’t quite right. In the case of Virginia and Alabama transfer Braxton Key, it took a couple years to work out.

The Cavaliers recruited both Key and De’Andre Hunter in high school. Key, nephew of Virginia legend Ralph Sampson, was set to take an official visit to UVA as a senior at Oak Hill Academy when Hunter committed to the Cavs, leading Key to sign with Alabama.

Hunter sat out his first year in college as a redshirt while Key earned SEC All-Freshman honors. Last season, Key saw his role with the Crimson Tide shrink while Hunter broke out in ACC play and has likely set himself up to be a first-round draft pick should he leave school in a year.

It sets up a likely scenario in which, after sitting out the coming season, Key steps in to replace the man who prevented him from going to Virginia in the first place. But what does Key, a 6-foot-8 forward who averaged seven points per game as a sophomore, need to do while sitting out to step in and star right away for the Cavs?

Physically, Key looks like an ideal replacement for Hunter, who has potential to become Tony Bennett’s first lottery pick at UVA. He’s a lengthy 6-foot-8 with the capability to play both inside and out athleticism to get to the rim. During the transfer process, Key’s coach at Oak Hill, Steve Smith, said he thought Key would be a great fit for Virginia.

But like every player who enters the Virginia program under Bennett, Key’s first year on The Grounds will be largely devoted to learning the Pack Line Defense.  Doing so requires not only studying up on terminology and positioning that will be different than what he knew under Avery Johnson at Alabama. It also takes getting used to the idea of a defensive-first system with so much energy devoted to that end of the floor.

That’s not to say there won’t be work to do offensively as well. Key averaged 12 points per game as a freshman at Alabama, but saw that number slip to seven points a contest as a sophomore. Some of that may have been related to superstar freshman Collin Sexton dominating the ball for the the Tide.

Key attempted 3.3 fewer field goals per game in 2017-18 while playing 4.3 fewer minutes per game. But he didn’t shoot as well, either. Key knocked down 43.3 percent of his shots as a freshman compared to 40.9 last season. Behind the 3-point arc he really suffered, seeing his percentage dip from 33 percent to just 25 percent.

If the past two seasons have shown anything about Virginia, it’s that the offense works much better with a stretch four who can knock down 3’s. Hunter struggled from deep early in the season, but as his 3-point shooting improved during conference play the Cavaliers ran away with the ACC title and earned the No. 1 overall seed in the NCAA Tournament.

But with Hunter injured prior to the start of the tourney…well, you remember what happened.

It seems as though each season brings another key player sitting out for the Cavs, leaving hardcore fans to keep their ears to the ground for any indication of how they look in practice.

This winter expect them to wait breathlessly for scraps of information on Hunter’s heir apparent.