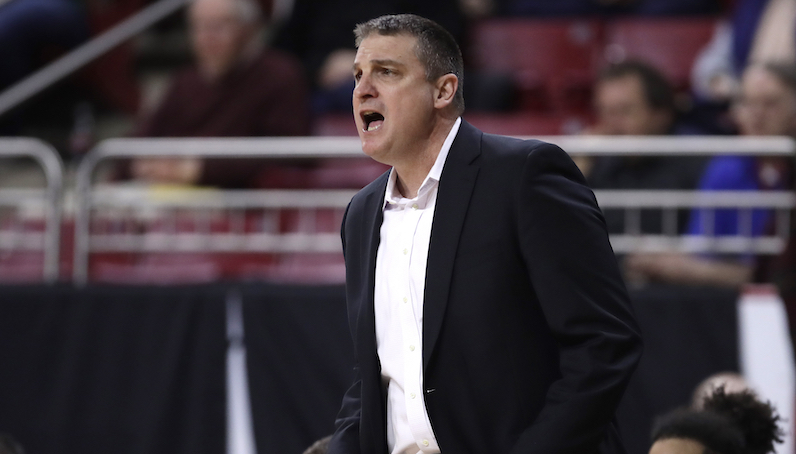 Boston College head coach Jim Christian calls to his players during the first half of an NCAA college basketball game against Louisville in Boston, Wednesday, Feb. 27, 2019. (AP Photo/Charles Krupa)

According to a release from the ACC, Wednesday’s matchup (Jan. 20) between Virginia Tech and Boston College has been postponed.

Our game tomorrow has been postponed

Boston College was in action most recently on Saturday. The Eagles lost on the road against Notre Dame, 80-70.

This marks the second postponement for an ACC men’s basketball game that was scheduled for Jan. 20; the NC State-Virginia game was postponed earlier this week as well.

There will still be two ACC game that evening, though:

Reece Beekman starts to break out for Virginia hoops