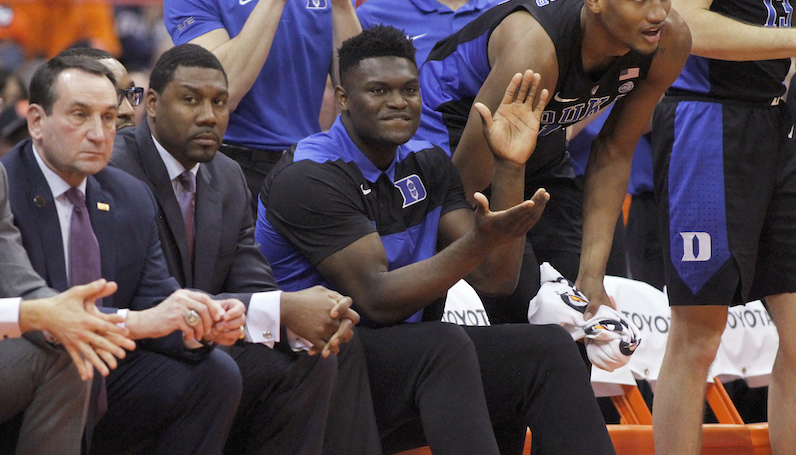 For the first time since Feb. 20, Zion Williamson (knee sprain) will suit up and play for Duke. After missing Duke’s final five games of the regular season, Williamson will play Thursday night against Syracuse in the quarterfinals in the 2019 ACC Tournament.

Duke’s Zion Williamson, the potential No. 1 NBA pick, has been cleared to return from sprained knee tonight against Syracuse.

Duke and Syracuse split the regular season series — with both teams winning on the road. Zion Williamson played in the first matchup, which Duke lost; however, he was excellent: 35 points, 10 rebounds and four blocks.

If Zion does return today vs. @Cuse_MBB, some stuff to remember from the January matchup. Williamson: 9-12 FGA at the rim, 7-9 FGA on cuts. Man, this dude is so quick. pic.twitter.com/ML1dKqTb6x