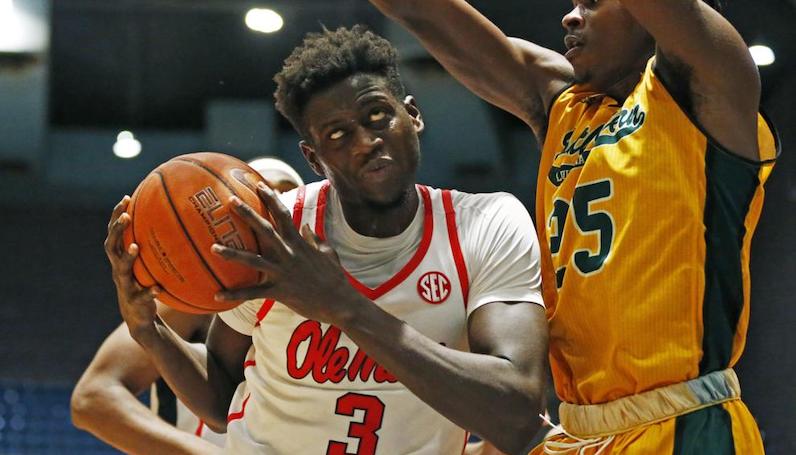 Wake Forest and Steve Forbes continue to stay busy in the transfer portal. On Monday, the Demon Deacons landed a commitment from one of the most experienced players in the portal: Khadim Sy.

Wake Forest picks up commitment from Khadim Sy, who once matched up against John Collins — yes, same one.

Sy finished his prep basketball career at the Oak Hill Academy. He initially committed to Virginia Tech way back in Oct. 2015.

Prior to the start of the 2017-18 season, though, Sy left Virginia Tech for Tallahassee Community College. However, about one month later, Sy left TCC.

After returning to Virginia Tech once more, Sy was set to play the 2018-19 season before leaving Virginia Tech for a second time.

Back in Feb. 2019, Pittsburgh and Jeff Capel — in the midst of his first season with the Panthers — spoke with Sy about coming to Pitt. In the end, though, Sy committed to play for Kermit Davis Jr. at Ole Miss.

After all of that, Sy will now join Wake Forest’s frontcourt rotation; he should feature heavily into the mix at center with Colorado transfer Dallas Walton and Tariq Ingraham.

In terms of on-floor impact, Sy brings a specific set of skills; he can help protect the rim on defense, while hitting the offensive glass on the other end of the floor. Sy has a career block rate of 4.2 percent and a career defensive rebound rate of 18.3 percent.