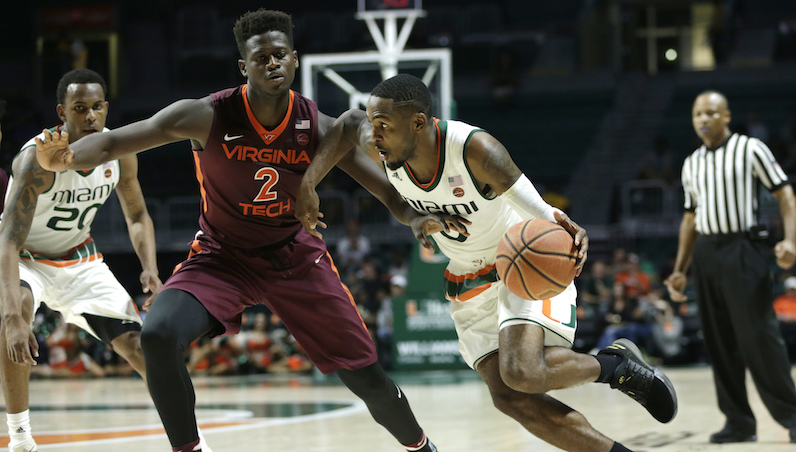 No one likes Mondays. Although a top-10 matchup in the ACC is on the agenda, which makes things slightly more tolerable. Here’s what’s going on around the ACC.

Even with an off shooting night from John Mooney (11 points on 16 FGA), Notre Dame defeated Georgia Tech on Sunday. T.J. Gibbs put together an excellent performance, too: 20 points, (8-of-9 FTA), five assists and foul steals.

I’d say this is the worst first half that I’ve ever watched featuring Notre Dame and Georgia Tech. But we all know that’s not even remotely close to being true.

Notre Dame has won two of its last three games; meanwhile, the loss for Tech was its fifth straight defeat.

Gibbs with 20 points to lead ND. Harvey finishes with 18 points and 8 rebounds.

Could Khadim Sy move within the conference?

According to a report from Pittsburgh Sports Now, Pitt basketball has interested and is talking with JUCO big man Khadim Sy.

Of course, Sy played in 32 games during his freshman season (2016-17) at Virginia Tech: 10 percent offensive rebound rate, 5.6 percent block rate. However, just before the start of the 2017-18 season, Sy left the program for Tallahassee Community College. That didn’t last long, though.

He returned to Tech in Dec. 2017, without playing a game at Tallahassee Community College. The Hokies decided to redshirt Sy. In Aug. 2018, though, with Sy set to play his redshirt sophomore season for a good VT team, he decided to leave the program for a second time.

One of the top wide receivers in the 2020 class, Ray Grier, committed to Mack Brown and North Carolina over the weekend.

One of the few four-star wide receiver recruits in the Class of 2020, Ray Grier (@RayButton5) committed to the in-state @TarHeelFootball on Saturday. https://t.co/bJwKwJl9Gm