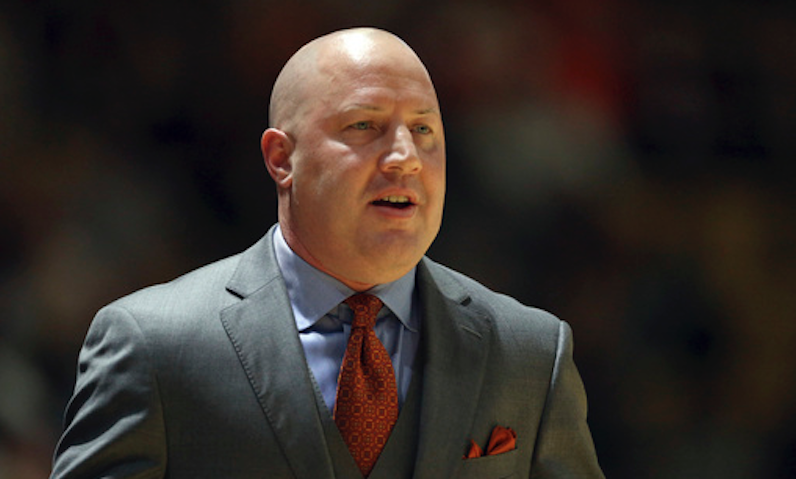 Buzz Williams needed only three years to get Virginia Tech to the NCAA tournament. (AP Photo)

Buzz Williams has Virginia Tech in a place it hasn’t been in a while.

The Hokies will make their first NCAA tournament appearance since 2007 when they take on Wisconsin in Buffalo on Thursday.

It’ll be quite a challenge for Williams and company. The Badgers program is the only one in the nation to reach the Sweet 16 each of the past three years. They haven’t lost in the first round since Ole Miss defeated them in 2013.

Nonetheless, Williams knows what it takes to build a program, and he’s showing that in Blacksburg.

Seth Greenberg successfully built Virginia Tech into a program that could compete in the ACC. The Hokies finished above .500 seven times in an eight-season stretch, but they had trouble getting over the NCAA tournament hump. Greenberg’s teams gained a reputation for living on the bubble and made the Big Dance just once.

Before coming to Virginia Tech, Williams coached Marquette to a 139-69 overall record. That included a 69-39 mark in the top-heavy Big East, with five straight trips to the NCAA tournament. Sure, the Golden Eagles had a greater history to fall back on, winning a national championship in 1977 under Al McGuire and reaching the Final Four in 2003 with a Dwyane Wade-led squad. However, by leading Marquette to the Sweet 16 or further in three straight seasons, Williams did something that hadn’t been done since the 1970s.

The trajectory at Virginia Tech has fans plenty excited. After going 11-20 in Year 1, the Hokies reached the NIT in Year 2 and ended a string of four consecutive last-place finishes in the ACC.

Despite losing leading rebounder Chris Clarke to a torn ACL in February, the Hokies won six of their final nine games. Four of those came by five points or fewer.

That goes back to the impact of Williams. Players feed off his energy and motivation, and it has translated to the recruiting trail. Prospects are now more receptive to the pitch at Virginia Tech, no longer just a football school. Already, two 4-star prospects in Nickeil Alexander-Walker and Wabissa Bede have signed for next season.

Simply put, since Buzz arrived in Blacksburg, there has been much more buzz surrounding Virginia Tech basketball. Even with the key seniors Seth Allen and Zach LeDay on the way out, the Hokies are worth watching in March.

That doesn’t necessarily mean they’ll be a Final Four threat like some of usual suspects from the conference. But the Hokies are no more a doormat.