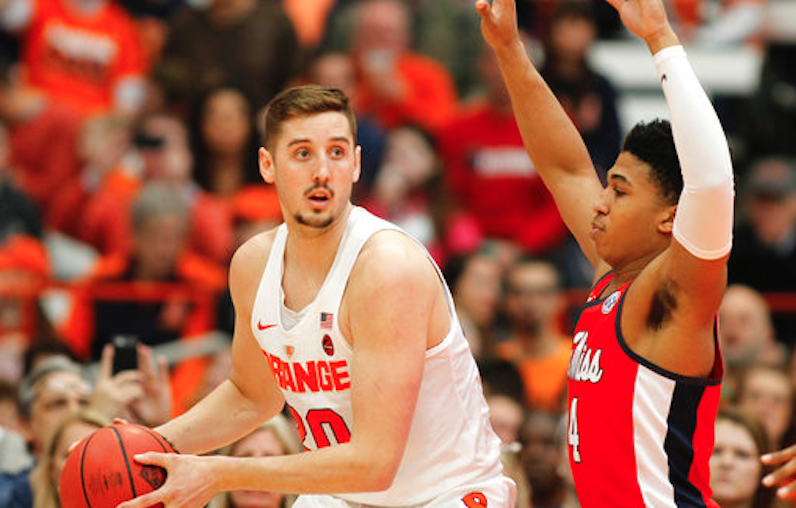 Tyler Lydon (left) will reportedly declare for the NBA Draft and sign with an agent. (AP Photo)

Tyler Lydon’s second season at Syracuse will reportedly be his last.

According to Jon Rothstein of CBS Sports, the Orange forward will declare for the NBA Draft and sign with an agent:

Syracuse's Tyler Lydon will sign with an agent and enter the 2017 NBA Draft, per multiple sources.

By signing with an agent, Lydon will not be able to return to college. As a sophomore, he averaged 13.2 points and 8.6 rebounds per game. He finished sixth in the ACC with 1.4 blocks per game.