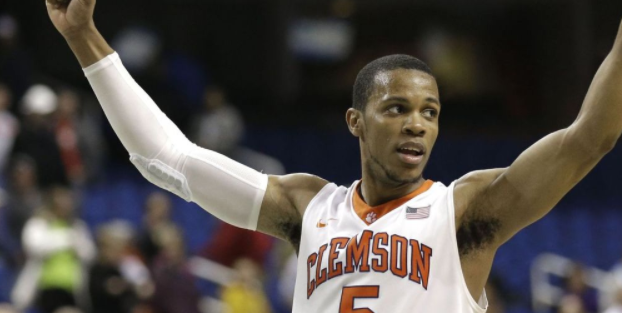 Jaron Blossomgame put together a first-team All-ACC junior season last winter for Clemson, leading to some speculation that he could be an ACC Player of the Year candidate as a senior.

Following a brief flirtation with the NBA in the spring, Blossomgame elected to return to Clemson. Once again Blossomgame has emerged as one of the ACC’s top ten scorers, averaging 17.4 points an outing through the first month of the regular season.

With 96 shots in seven games, Blossomgame has taken more than 23 percent of Clemson’s total shots from the floor. Blossomgame has been getting his points despite shooting a miserable 3-of-21 (14.3 percent) from behind the 3-point line.

As a 6-7 small forward, 3-point shooting isn’t a major component of Blossomgame’s overall package. But he provided a glimpse of what’s possible when he’s on his game from long range during last year’s All-ACC march, shooting 44.6 percent (45-of-101) from behind the arc.

If Blossomgame gets anywhere close to that average once ACC play gets going, he could easily push his scoring average up around Pitt’s Michael Young, Duke’s Luke Kennard, and Boston College’s Jerome Robinson, who are all currently scoring over 20 points an outing.

Blossomgame would also be aided by improving his free throw shooting, as he’s shooting 71.1 percent from the line coming off a junior season in which he made 78.2 percent of his free throws.

Blossomgame’s rebounding average is down slightly – 5.7 per game after averaging 6.7 rebounds a contest as a junior – but he’s getting more assists and steals per game, while committing fewer turnovers, than at any prior point in his college career.

Of course, it would help Blossomgame’s cause tremendously in pursuit of ACC Player of the Year honors if the Tigers challenged for a NCAA Tournament berth.

Playing against some of the ACC’s marquee teams in January and February, when the Tigers will be on the national stage, will provide Blossomgame ample opportunity to prove — or disprove — that he’s the league’s top player.